Seeing the Northern lights is firmly on many travellers' bucket list. As the phenomenon is unpredictable and never guaranteed, seeing the Aurora lights require careful planning and positioning, which only adds to the thrill of ticking the spectacle off the list.

How can I travel to the Northern Lights region in Northern Europe?

The Northern lights tours typically take place above the Arctic Circle across the 50 Degrees North region. Flying in the Nordic region during winter is safe and convenient and winter conditions do not prevent flying or landing. As icy and snowy conditions in the far north are nothing unusual, airports are well prepared, and de-icing equipment is readily available. The industry is well regulated, planes are safe and pilots are very experienced in flying in all weather. There is no airport in Scandinavia without a convenient public transport connection to the nearest city.

Usually your first step is to get a flight to the capital city of Finland (Helsinki), Sweden (Stockholm) or Norway (Oslo) and either fly to a smaller town in Lapland - the nearest one to where you will be staying - or catch the local trains to the north. For example, you can catch an overnight train with a sleeping berth from Helsinki to Rovaniemi, arriving to the Arctic Circle in the morning. This is a very authentic way of travel, but not adviced if you're on a tight schedule. 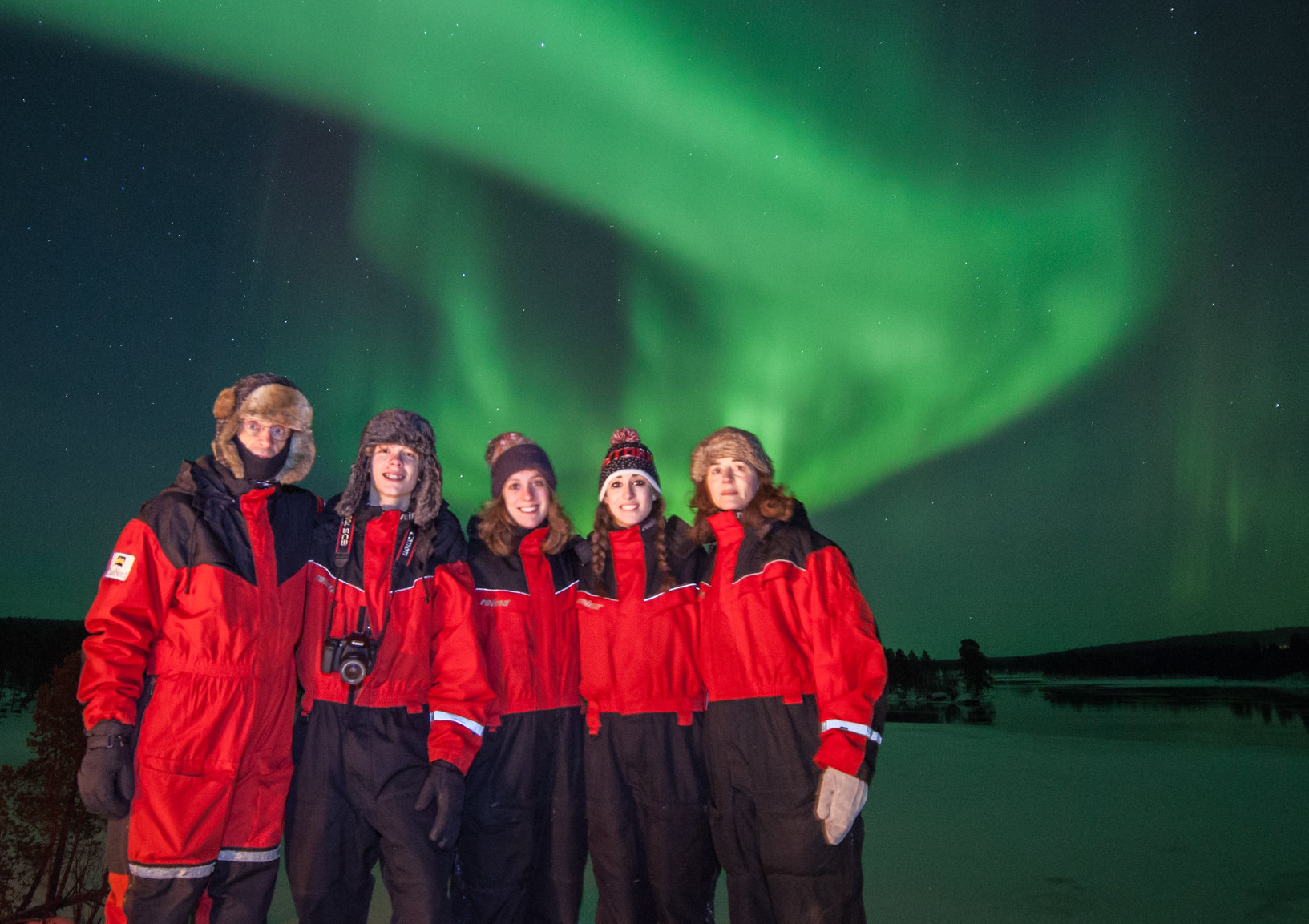 When can you join a Northern Lights tour?

Many Northern lights tours operate from August to April, however most of the tours offered are from November until April when it is darker and colder in the region. If you have any time during these months available to travel, we would recommend later in the season when you have longer daylight hours for activities.

When should you book a Northern Lights tour?

Doing a Northern lights tour has been exceptionally popular recently with the Solar Maximum producing some of the most intense displays in over a decade. We suggest booking at least three to six months earlier to secure the best the region has to offer. Many of the hotels have built new facilities designed specifically with the Northern lights viewing in mind, such as the Glass Igloos in Kakslauttanen, Glass Igloos in Levi, the Aurora domes near Harriniva and the new chalets in Kirkenes.

We suggest you plan your itinerary with some Northern Lights excursions (such as snow mobiling or minivan tours) and then once you have arrived at your accommodation, you can add some more of these excursions if the conditions are right. Most tour operators will have some flexibility on a day-to-day basis as the weather conditions make a big difference to your success in seeing the Northern Lights. Are there any day/night tours to see the Northern Lights that I can join?

There are a variety of different options to see the Northern lights within a tailor made Aurora lights tour. If you want to do a Northern lights tour in Norway, you can base yourself in one of the cities above the Arctic Circle and join evening trips that search for the Northern lights. Typically, the drivers and guides will research the weather forecast and the Aurora prediction websites each evening and will drive to the area most likely to show the aurora. A warm van, hot chocolates and sometimes an open fire, will keep you happy and cozy during the search.

Adventure tour options such as skidoo trips and reindeer sledding tours, which incorporate a Northern lights search, are also offered in most of our winter locations. 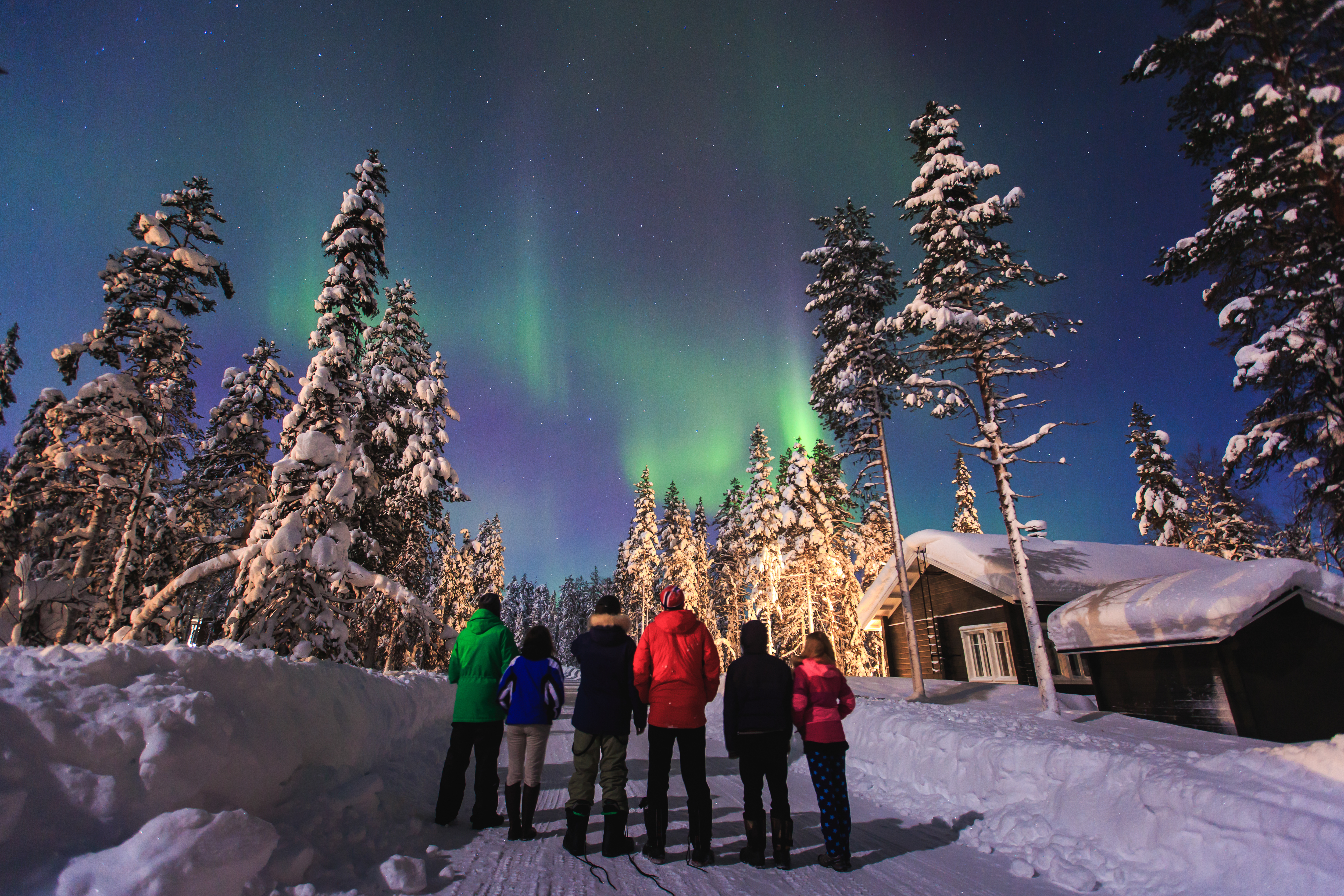 Our region also offers many accommodation options designed to provide you comfortable ways to see the Northern lights. Positioned high up on a mountain in Sweden, the Abisko Aurora Sky station offers a viewing area and museum combined with a restaurant to enjoy at the same time. Abisko has a unique micro-climate which keeps the skies clear - ideal for seeing the lights!

Likewise, the patio and Jacuzzi at Lyngen Lodge, Norway or the Hurtigruten Norwegian Coastal Voyage deck and jacuzzi offer a great ‘bucket list’ spot to see the lights.

Similarly, perch yourself on a bar stool in the ION hotel in Iceland. This fabulous architecturally designed country hotel with huge foyer windows is a dramatic place to witness the Northern lights spectacle away from artificial light.

Are there any group tours to see the Northern Lights that I can join?

We offer several small group tours designed to see the Northern lights. In Iceland, there are several different small group coach tours that are designed around seeing the Northern Lights from Iceland's iconic spots.

This Norwegian Coastal (Kystruten) voyage and tour, Chase the Northern Lights, runs regularly during winter and is exclusive to 50 Degrees North. Fully escorted for the entire tour, this tour travels from Helsinki, to Rovaniemi and then down the Norwegian coast.

Can you predict if I will see the Northern Lights on my tour?

According to the statistics compiled by the Finnish Meteorological Institute, four nights out of five are illuminated by Northern lights in Northern Lapland (Kilpisjärvi-Utsjoki area) providing that the sky is free enough from clouds. On the coast of the Arctic Ocean in North Norway (e.g. in Tromsö) one can see Northern lights almost every night. Even in South Finland, for example in Helsinki, one can see them but much more seldom; in Helsinki only one night out of 20.

Remember, the occurrence of auroras depends on the latitude, so be sure to look Northwards for the lights. We always suggest staying in the Aurora Zone long enough for storms (i.e clouds) to pass. And just in case you haven't realised, during summer months you cannot see any aurora due to light nights (up to 24 hrs of light, i.e. the Midnight Sun). Generally, the best time to see auroras is between 9pm and 1am local time.

NOTE: The auroras come in lots of different shades and strengths. Some nights, you will be dazzled by brilliant lights whilst other nights, it is a dull hazy green, hard to see and rather vague. Fingers crossed for one of the magical nights!!

When the Earth's magnetic field is very disturbed, the auroras can spread all over Europe for a couple of hours.

To get more technical, the latter predictions are based on a space-weather monitoring system either by ground-based devices or satellites watching the space-weather conditions around the Earth. When the monitoring devices (e.g., magnetometers or particle detectors in a satellite) show certain deviations from the normal situation, one can expect that a space weather storm is approaching in a few hours.

The skill of real-time predictions is, unfortunately, rather low as we cannot make predictions for several days like forecasting normal weather. The reason for this shortcoming is that we do not fully understand the complicated processes, starting from the Sun and ending in the near-space of the Earth, involved in the cosmic ignition of the Northern lights. Therefore, more space-research is needed for better forecasts. For further information about the Northern Lights, refer to this Spaceweather website.

Have a look at our complete range of Northern Lights tours here. 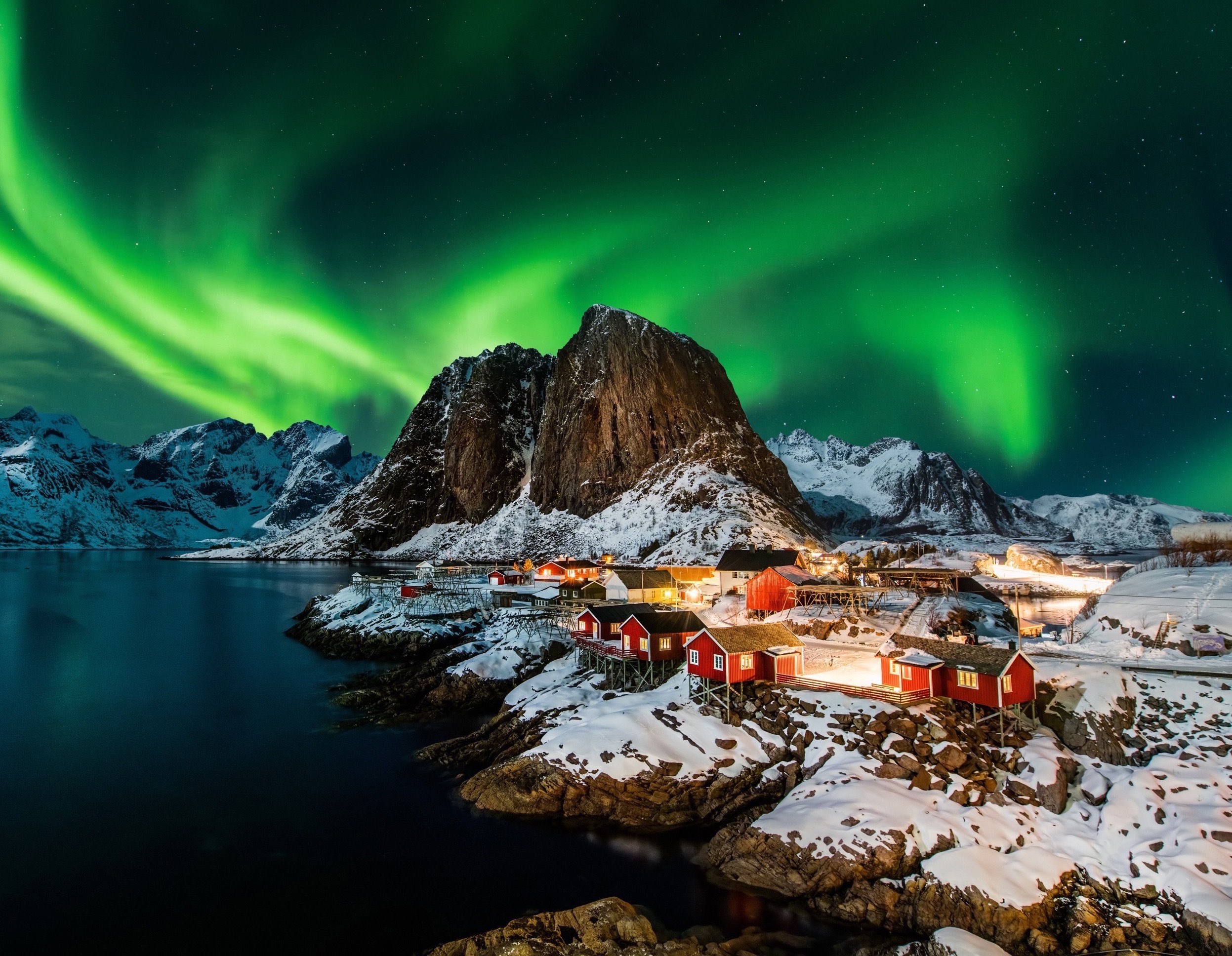